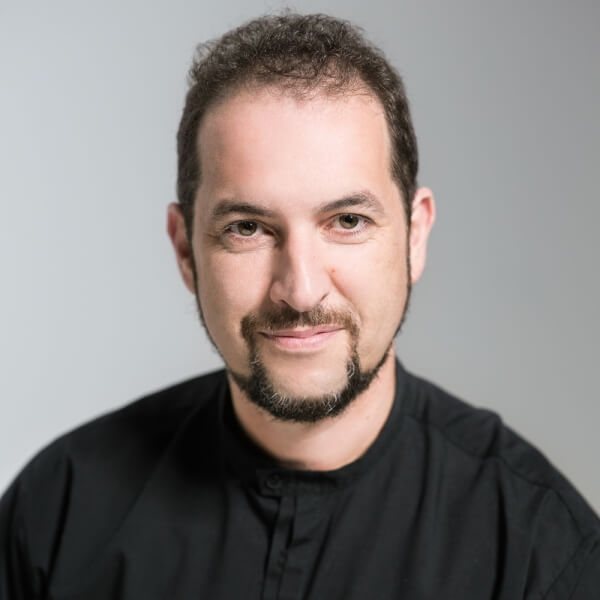 At the age of 5 years old, his father’s drum set and the gift of a small African drum inspired Fabrice Marandola to make a grand declaration: he would become a drummer!

20 years later, having earned a First Prize in Performance from the Conservatory of Paris with Jacques Delécluse, and a PhD in Ethnomusicology from the Sorbonne, the dream of his youth has been more than adequately achieved.

He has performed with the National Orchestra of France and the New Philharmonic Orchestra of Radio France.   He has taught percussion in Paris, Grenoble and Angers, all the while pursuing his passion for Ethnomusicology in Cameroon.

In 2005, Marandola moved to Montreal to become a professor at the Schulich School of Music of McGill University.

He quickly became part of the contemporary percussion scene in Montreal, co-founding Sixtrum and duo Akrostick.  He has played with the NEM, SMCQ, and Kore, and directs the McGill Percussion Ensemble.

In all of his activities, Marandola values exploration, risk, discovery and creativity.  His approach constantly questions the role of the musician in society, and the future of music, as it becomes transformed more and more by technology.