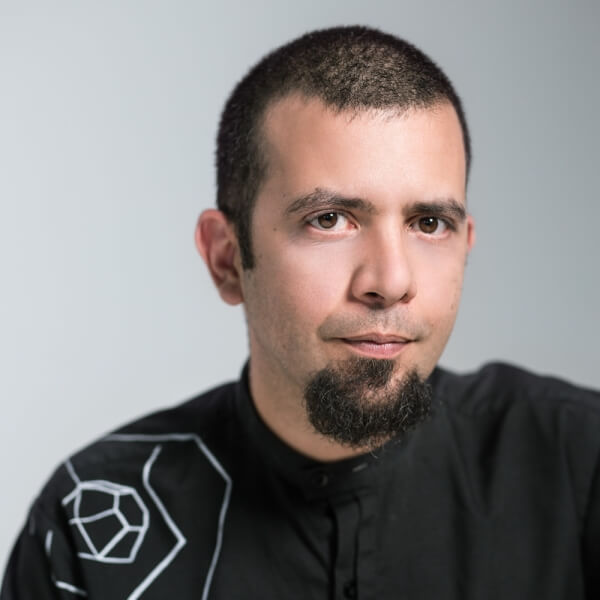 Catalão’s first steps in music were with the violin at the age of 7, but it was his passion for hardcore music that led him to the drum set in his teenage years.  Then, one summer night, he shaved his long hair, and decided to devote himself to percussion.

The cause of this epiphany was Ney Rosauro, with whom he studied at Santa Maria in Brazil before continuing his training, first with Emmanuel Séjourné in Strasbourg, then with Robert Leroux in Montreal.

While refining his skills as a performer, he began to take part in experimental projects.  He received awards for his work in the Brazilian Percussive Arts Society Composition Competition as well as at the Salvador Symphonic Orchestra Competition for Young Soloists, and he was a finalist at the Concours International de Luxembourg (6th Edition).

Catalão is co-founder of percussion quartet K-TZ whose niche is as much theatre as it is contemporary music.  He also plays with Claire Gignac & Compagnie, and with electroacoustic jazz ensemble [IKS].

Improvisation holds an important place for him, as it serves as a way to know his instrument intimately, and to connect with the instinctive side of his work as a musician.

Catalão is also very interested in how a theatrical approach.  His objective is to experience every gesture while on stage, and to always be engaged in the works he is presenting in a manner that reaches out to the audience.