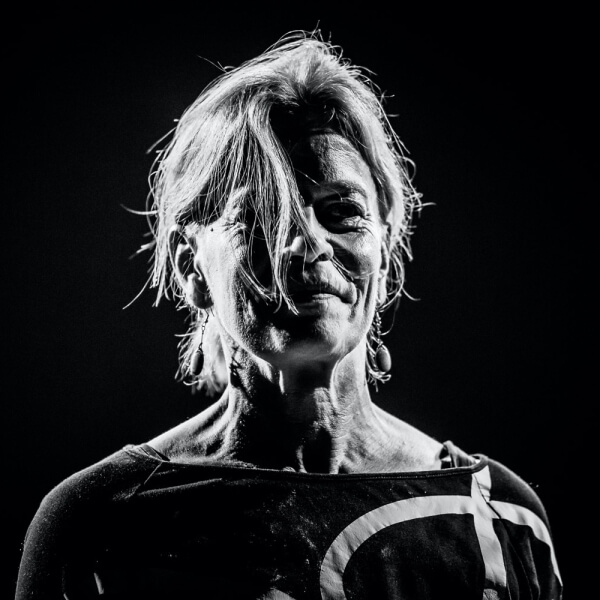 Hanna Hartman is a Swedish sound artist, composer and performer living in Berlin. Hartman studied Literature and Theater history at the Universities of Uppsala and Stockholm, Radio and Interactive Art at Dramatiska Institutet and Electroacoustic Music at EMS in Stockholm.

Since around 1990 she has composed works for radio, electroacoustic music, sound installtions and numerous performances all over the world. She does also write pieces for instrumentalists. Her many awards and grants include Prix Europa (1998), the Karl-Sczuka-Prize (2005), a Villa Aurora grant (2010), the Rosenberg Prize (2011) and the Phonurgia Nova Prize (2006 & 2016). During 2007 and 2008 she was Composer-in-Residence at the Swedish Radio. Her work has been presented in numereous concerts and festivals such as Wittener Tage für neue Kammermusik, Darmstädter Ferienkurse (2012, 2014), Ultima Oslo Contemporary Music Festival (2012, 2014), Huddersfield Contemporary Music Festival (2013,2016), el nicho aural, Mexico City (2014), Akousma, Montreal (2014), ECLAT festival, Stuttgart (2017), Cut & Splice Festival, Manchester (2017).

Having developed her very own language, the Swedish sound artist and composer Hanna Hartman creates compositions that are exclusively made up from authentic sounds which she has recorded around the world. Sounds are taken out of their original context and thus perceived in their purity. Hanna Hartman seeks to reveal hidden correspondences between the most diverse auditive impressions and in new constellations she creates extraordinary worlds of sound.