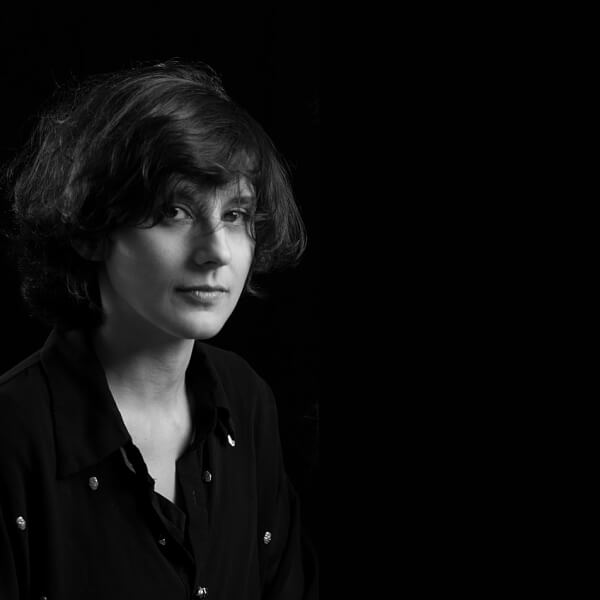 Ana Dall’Ara-Majek is a composer, sound artist and researcher living in Montréal (Québec). She is devoted to the study of how instrumental, electroacoustic and computational-thinking approaches interact in musical composition. In 2016, she obtained a doctorate in composition from the Université de Montréal, where she also taught a number of courses in the digital music section.

She often collaborates with other artists as a composer, performer, and computer music programmer. She performs regularly with saxophonist Ida Toninato as part of their duo Jane/KIN, founded in 2015, and she has also collaborated on theatre, dance and film projects with choreographer Tedi Tafel (Crying in Public), dancer Jason Shipley-Holmes (Inside_Dream), choreographer François Raffinot (Laborintus), filmmaker Patrick Lapierre (Cosmos Will Save the World) and Productions Totem contemporain (Hectore Navigatore et les Géants du Saint-Laurent). She has also composed for chamber ensembles such as Quasar, Les Percussions de Strasbourg, Sixtrum, Trio Hoboken, Lunatics at Large, and TM+, among others.

Passionate about electroacoustic music analysis, she has created numerous graphic scores with Acousmographe and has written analytical papers published in the eOrema journal and in François Bayle’s book Son Vitesse-lumière (Magison, 2016). In 2014, she released Air, her first album of works for instruments and electronics, on the Kohlenstoff Records label and in 2018 Nano-Cosmos, her first solo album of acousmatic pieces, was released by Empreintes digitales.