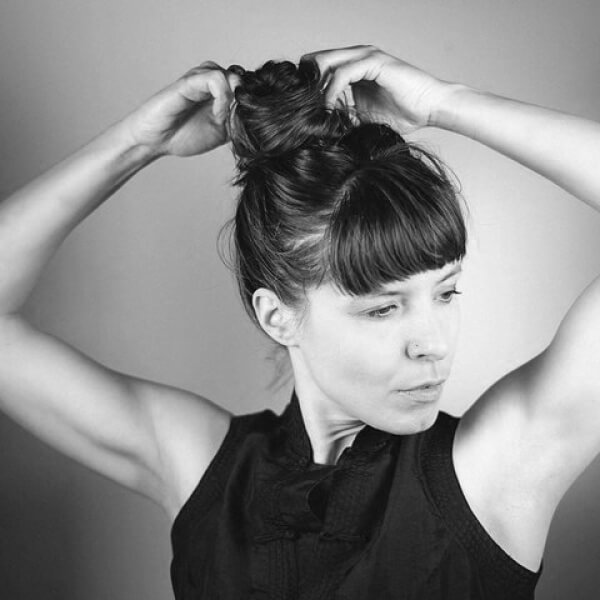 Montreal-based saxophonist, composer and improviser Ida Toninato has an ear for the unknown, exploring reverberant spaces with uncommon acoustics with which she develops artistic partnerships with a strong sense of bonding. After years of playing contemporary music with various collaborators, she has dived head first into pursuing a music after her own daring musical intuitions. Her debut full length record Strangeness is gratitude, released on Kohlenstoff Records in April 2016, planted her firmly in the underground experimental scene with an enthusiastic reception from critics, artists and a growing fanbase. She has been developing her work since then in residencies across the globe, from Brazil (Goethe Institut, Salvador de Bahia) to Germany (Hellerau center for the arts) and recently released We Become Giants, her new album.

2020 marks a new turn in her artistic career as she releases We Become Giants, an album composed at the Tank Center for Sonic Arts, Colorado, and Studio Makina in Montreal. Powerful sonic ideas have stemmed from the magnificent reverberation of the Tank, a former water cistern located in the high desert, its magical vibe. This material was later transformed in studio, a synthetic space shaped around it thanks to Blaise Borboën-Léonard's mastery of analog and digital tools. The album has been released on Dragon'e eye Recordings, a Californian label curated by Yann Novak. We Become Giants has been described in Exclaim! magazine as a "a marvel of technique and emotion, of patience and careful post-production, combining long near-silences with beautiful and terrifying reverberant tones that multiply in fractal form, each detail as rich and intense as its source."

In addition to her solo compositions, Toninato performs with viola d'amore player and singer-songwriter Jennifer Thiessen. Their album The Space Between Us, on Ambiances Magnétiques, has been nominated for a JUNO Award in the Instrumental album of the year and for a Prix Opus. Ida Toninato writes and performs actively with laptop musician Ana Dall'Ara-Majek as Jane/KIN, creating performances that mix spatialisation and improvisation. 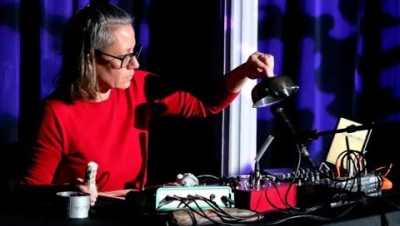