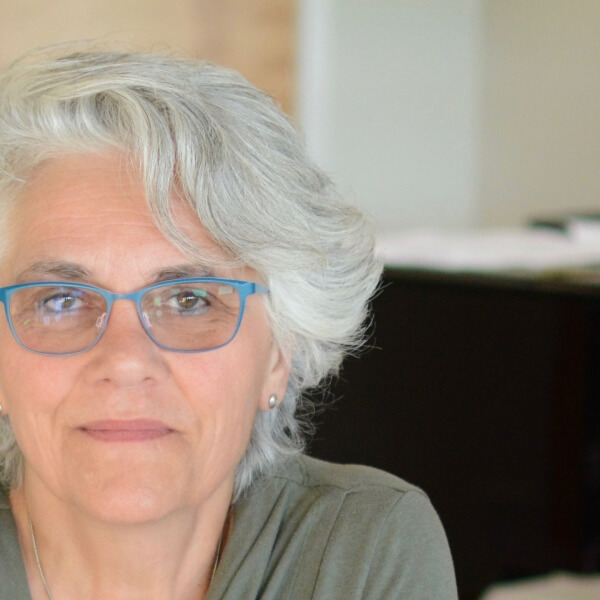 Born in Québec, Canada, Linda Bouchard has been an active composer, orchestrator, conductor, and producer for over thirty-five years.

Winner of both Composer of the Year from the Conseil Québecois de la Culture and the Joseph S. Stauffer Prize from the Canada Council for the Arts in 1999, Bouchard just received the Fleck Fellowship from The Banff Centre in fall 2015. Her honors in the United States include first prizes at the Princeton Composition Contest, the Indiana State Competition, and the National Association of Composers USA Contest and a Fromm Music Foundation Award from Harvard University.

Her works have been recorded on both sides of the Atlantic Ocean: in Canada by the CBC Label (Orchestre Métropolitain), Analekta (SMCQ), Marquis Classics (National Arts Centre Orchestra), and CMC (Standing Wave); in Germany by ECM (Kim Kashkashian and Robyn Schulkowsky); and in the United States by CRI (several artists) and Bang on a Can.

Bouchard came to the United States from Canada in 1977 to study composition with Henry Brant. She lived in New York City from 1979 to 1990, where she composed, led new music ensembles, and made orchestral arrangements for The Washington Ballet, Orchestra of St. Luke’s, and various churches in the New York metropolitan area. She was assistant conductor for New York Children’s Free Opera from 1985 to 1988 and guest-conducted Orchestra of St. Luke’s, the American Dance Festival, the New York New Music Ensemble, the Absolute Music Group, and The New Music Consort. In 1991, Bouchard returned to Montréal in time for the world premiere of her composition “Elan” with the Orchestre Métropolitain during the New Music America Festival. She was composer-in-residence from 1992 to 1995 with the National Arts Centre Orchestra in Ottawa, Canada, where she composed several orchestral works and curated new music events. In 1997, she moved to San Francisco, where she currently resides with her husband and son.

In 2001, Bouchard was invited to participate at IRCAM’s “Stage d’Informatique Musicale” in Paris. Since then, she has been increasingly interested in how our traditional artistic practices are influenced by the integration of new technologies. In 2005, Bouchard founded New Experimental Music, Art and Production (NEXMAP), a nonprofit arts organization that explores this evolving artistic landscape. She acted as artistic director until January 2016.

In 2014, Linda wrote a score for Detour Inc., a San Francisco—based startup that creates unique and innovative documentary tours all over the world. Her score is used for architecture tours in San Francisco, Berlin and London. During the fall 2015, she received a Fleck Fellowship Award at the Banff Center and was also invited as a Master Instructor for their music program. Linda was a Visiting Professor at UC Berkeley during the Spring 2016.

For the past ten years Linda has been creating multimedia work while continuing to compose music for the concert hall. Her works Murderous Little World, All Caps No Space and Identity Theft have been performed in North America to critical acclaim.

In 2017, she received the Davidson Award from the Victoria Symphony Orchestra in Canada. She also received a multiyear grant from the Canada Council for the Arts to research and create. Her project titled “Live Structures” will unfold over the next two years in partnership with Matralab at Concordia University in Montréal.