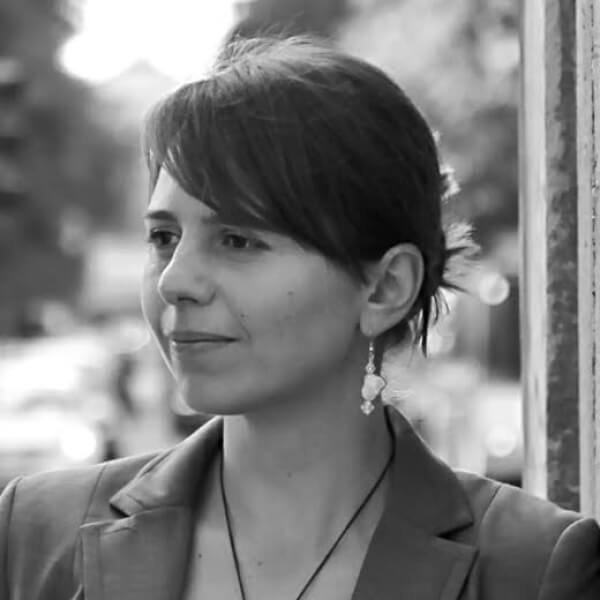 Snežana Nešić is a Serbian composer, conductor and accordionist based in Germany. After her studies in the P. I. Tschaikowsky, Kiev and at the University for Music and Drama, Hannover she became university lecturer in composition and modern music at the Hanover University of Music, Drama and Media. Since 2018 she teaches also at the University of Music “Felix Mendelssohn Bartholdy” in Leipzig. In 2015 she was visiting professor of composition at the university Skopje.

She won inter alia the Molinari Quartet’s international Composer Competition and was also awarded with the prestigious scholarship of the German Academy of Rome, with the DAAD-scholarship and was composer in residence in the Wilhelm-Kempff House in Positano, in the Goethe-House Rome, at the German Academic Center in Venice and in 2017 (supported by the Goethe Institut and Groupe le Vivier) also in Montréal.

Past composition commissions include those from the Gewandhaus zu Leipzig, Hanover State Opera, Philharmonie Luxembourg and Chamber Opera Cologne. Her compositions have been performed inter alia at the “Salzburg Biennale“, Klangwerkstadt Berlin and the „Musik der Jahrhunderte Stuttgart“. Next commissions are with Ensemble Contemporain de Montréal and Quatuor Quasar.
As accordion player she has won many international competitions and has received frequent invitations as a soloist with orchestras and ensembles including NDR Sinfonieorchester Hamburg.

She also directs ensembles “Incontri” and “ur.werk”, which are specialized for contemporary music.