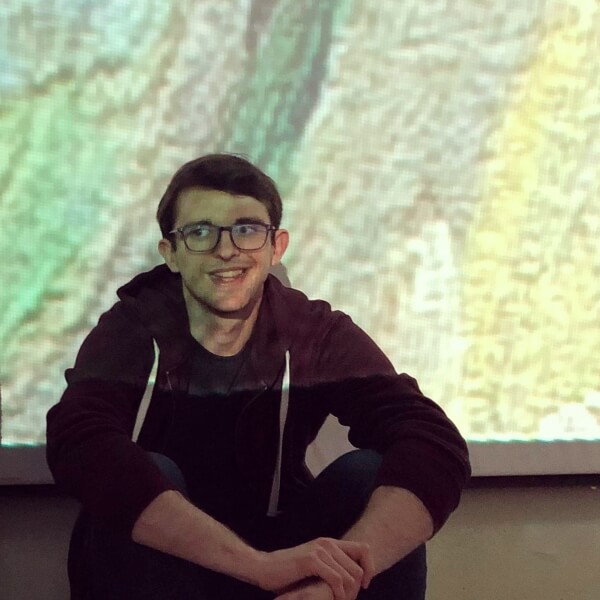 Born in France in 1995, Jonas Regnier started learning the piano at 13 and was admitted in Toulouse Conservatory (France) in 2013 in the organ class of Stéphane Bois, after obtaining his scientific high school diploma. Passionate about musical research and composition processes, he decided to specialize into contemporary composition after joining the composition classes of Bertrand Dubedout and Guy-Olivier Ferla, with whom he studied for three years. The technical and creative approach learned in these courses inspired him to develop methods capable of bridging scientific and artistic disciplines within his compositions. His sources of inspiration may come from Physics, Psychology, Literature, Biology, etc. Jonas Regnier graduated and obtained his Musicology bachelor’s degree at the Sorbonne University (Paris), and a Master of Music in Composition at McGill University (Montreal) in 2021, under the supervision of Philippe Leroux. He integrated both the CIRMMT (Centre for Interdisciplinary Research in Music Media and Technology) and the ACTOR Project (Analysis, Creation and Teaching of Orchestration) research groups in 2019, which allowed him to work on interdisciplinary projects with performers, music technologists and neuroscientists. He is now pursuing a PhD in Composition at McGill University with Robert Hasegawa and Philippe Leroux, and focuses his research on Music Cognition and more specifically the way we perceive timbre, space and musical discourse.

Jonas Regnier is exploring both Instrumental and Electroacoustic composition with equal interest. He has already composed numerous Electroacoustic (fixed media) and Live Electronics pieces that have been performed in Contemporary Festivals in France, Belgium, Canada, Thailand and the US. But his portfolio also includes compositions for solo instrument, chamber music, ensemble and orchestra.