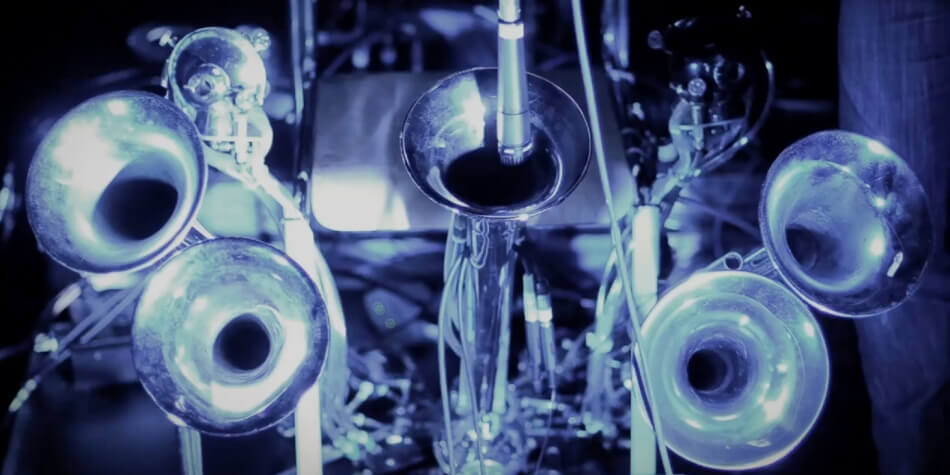 An unforgettable immersive experience, Inside your ears showcases the siren organ with its rich and powerful vibrations and tones! Jean-François Laporte's emblematic instrument composed of six truck sirens will be augmented for the occasion.

An intrepid explorer of sound in all its originality and physicality, Totem Contemporain presents three works by Benjamin Thigpen, Phill Niblock, and Jean-François Laporte, respectively two world premieres and a Canadian premiere. Alone on stage, seated in the middle of the horns facing the audience, Jean-François Laporte modifies the volume, attack, and timbre of the sounds produced, in an entirely acoustic manner. The siren organ has a brilliance and presence that makes the body vibrate, reminiscent of the ship's horns in harbour symphonies.