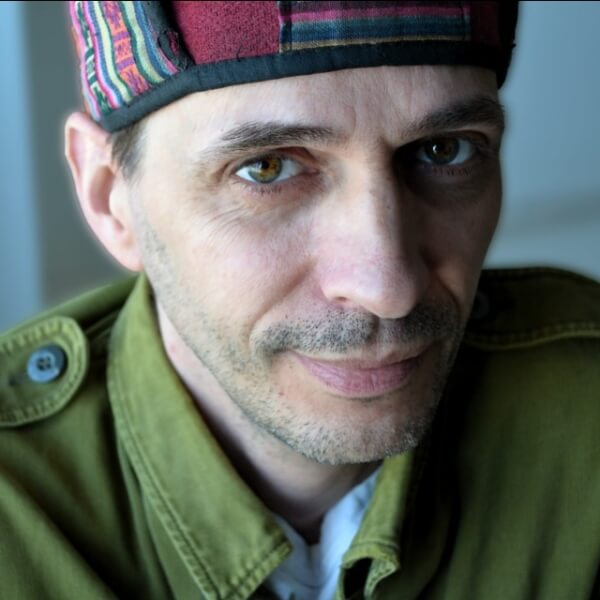 Jean-François Laporte is a Québecois artist, active on the contemporary art scene since the middle of the 1990s. He pursues an hybrid approach integrating sonic arts, musical composition, performance, interpretation, installation and digital art. Trained initially at the Université de Montréal (Québec), then at the IRCAM (Paris, France), he builds his compositional approach on active listening and observing of the reality of each phenomenon.

For the last ten years, he has invested a lot of energy to the development and to the building of new musical instruments that he integrates to his works and, since 2002, to his installations. He also works in collaboration with contemporary dancers.

Since he started in 1993, Jean-François Laporte has written more than sixty works that were premiered and performed both nationally and abroad. Him and his works have also received numerous prizes, of which many were given by the Conseil québécois de la musique (CQM), as well as first prizes to the international competitions Luigi Russolo (2003) and Citta’ di Udine (2004).

He is the founder, artistic and general director of Productions Totem contemporain (PTC), and his works are published by Babel Scores Publishing.