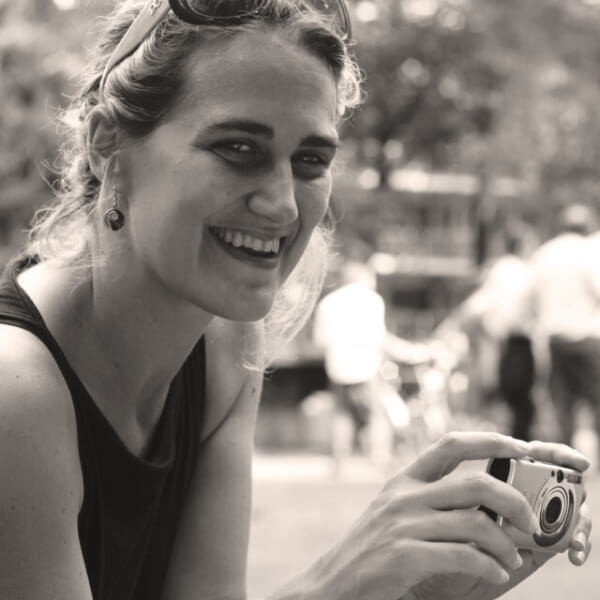 Silvia Rosani studied Composition at the conservatoire in Udine (Italy) and at Mozarteum Universität in Salzburg (Austria), and further specialised through masterclasses with Klaus Huber, Brice Pauset, Beat Furrer and Salvatore Sciarrino. She holds a 5-year degree in Electronic Engineering and also works with software for live electronics and sound analysis as well as with DIY electronics. Silvia completed a PhD in Music (composition) at Goldsmiths, University of London, where she currently works as Associate Lecturer.

Her pieces have been played by ensembles such as the ÖENM, Zahir Ensemble, Platypus Ensemble, Neue Vocalsolisten and Vocal Arts Stuttgart, and by soloists such as pianists Xenia Pestova and Anna D'Errico.

In 2009, Silvia’s composition La nube e Issione won first prize at the "Vocal Arts" Composition Competition and was performed at the Biennale Salzburg, while in 2013 Silvia was awarded the Bernhard-Paumgartner Medal by the Mozarteum Foundation. Silvia started working with sound analysis, when she composed Versteinerte Flüge, a chamber opera for the Taschenopernfetsival 2011 (ARGEkultur, Salzburg). During a five-month residency at Akademie Schloss Solitude, Silvia worked on T-O, a composition for five voices, which was premiered at the festival ECLAT 2014 by Neue Vocalsolisten and further performed by the same ensemble at MATA  Festival 2014, Venice Biennale, Teatro de la Zarzuela (Madrid), Centro Kursaal (San Sebastian), Onassis Cultural Centre (Athens) and Wege durch das Land Festival 2017.  White Masks, a cycle for cello, live electronics and resonators, developed in collaboration with cellist Esther Saladin and visual artist Ines Rebelo, was awarded the Francis Chagrin Award in 2015, a Public Engagement grant from the Institute of Musical Research (IMR) and the support of the Goldsmiths Annual Fund (2017).  In 2017, Silvia was the recipient of the IMRO/Music Current commission and produced Frauenstimmen, a composition for piano and live electronics, that was premiered by Xenia Pestova and Silvia at Smock Alley Theatre (Dublin, Ireland) in April 2018 and further performed by Silvia and Anna D'Errico at Rhialto Theatre (Limassol, Cyprus) in July 2018 during SMC 2018.  In 2019 Silvia was first in residence at the Human-Computer Interaction through Subnet to work on a project with Canadian percussionist Tom Jacques, and, later, in residence in Matera (In Vitro Residency) to create an installation for LOXOSconcept and Matera Basilicata 2019. This year the Huddersfield Contemporary Music Festival // shorts hosted Silvia's new interactive installation for feedback on metal panels and motors. In 2021 Silvia will be in residence at the Centre for New Media RIXC in Riga (Latvia) through EMAP/EMARE.