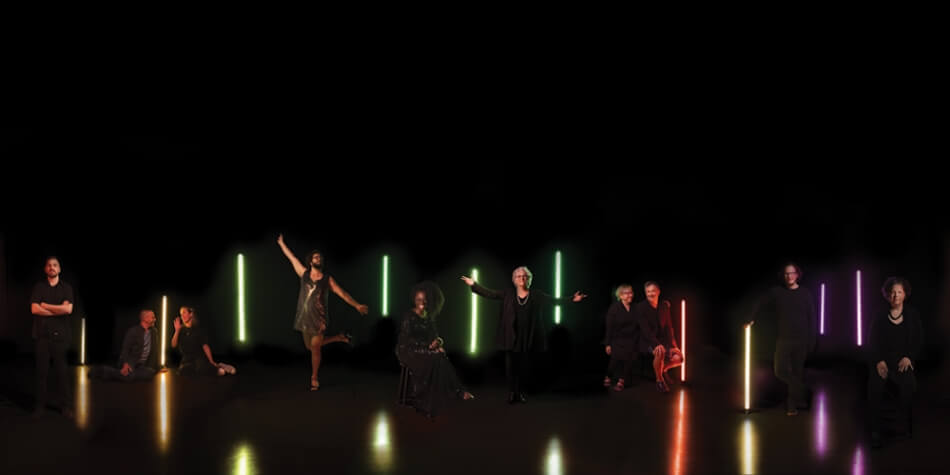 Montreal, August 24, 2022 – It is with great joy and excitement that Le Vivier, a major new music presenter on the Quebec cultural scene, unveils its fall 2022 season, the first under its new artistic director, Jeffrey Stonehouse. In total, 16 concerts featuring works by 46 composers from here and abroad, including 27 premieres and 84 performers on stage. This rich and varied programming, which places the person at the centre, invites audiences and the community to enjoy multisensory experiences and celebrate the diversity of perspectives.

“It has been such a pleasure working with the Le Vivier community to create an artistic offering that represents creative music in all its plurality," says Jeffrey Stonehouse, Artistic Director of Le Vivier. “By building on Le Vivier's founding values of solidarity, sharing, and cooperation, we wanted to go further with this programming: to expand possibilities, break down barriers between artistic disciplines, and immerse ourselves in the works of a new generation, raise their profile. We are a growing community: since last November, Le Vivier has welcomed more than twelve new members that audiences will be able to discover during this 22-23 season.”

// SEASON HIGHLIGHTS
Three major themes link the programming of Le Vivier’s 2022-2023 season: mobilization of Montreal's new music community, privileged space for the expression of diverse artistic voices, and highlighting and support of the next generation of artists.

In October, Le Vivier will welcome Ukrainian composer Alla Zagaykevych for a four-month artistic residency. The composer's works, often inspired by poetry, subtly blend instrumental music and electronics. During her time in Montreal, Alla will have her works performed by many members of Le Vivier during her portrait-concert (October 16) and will compose new works for two large Montreal new music ensembles: the Nouvel Ensemble Moderne (NEM) and the Ensemble contemporain de Montréal (ECM+). Through this initiative, member organizations of Le Vivier are showing their solidarity with Ukrainian artists who have been hard hit by recent events. Alla Zagaykevych will be the first of two guest curators this season. The second, An-Laurence Higgins, an emerging artist interweaving music and performance art, will begin a residency process in preparation for her concert in February.

The Orchestre de l’Agora, under the direction of Nicolas Ellis, will present a concert (with performances on September 30 and October 1) devoted to works by emerging Quebec composers: Laurence Jobidon, Symon Henry, Francis Battah, and Alexandre David. These concerts will bring a full week of lectures and workshops on creation to a close on a high note.

Canadian women creators will be featured in a new Le Vivier series at La Chapelle Scène Contemporaine. Creative music and Le Vivier will return to the theatre’s stage with the Quatuor Bozzini. We’ll be transported by the Quartet in a preview of performances at London’s prestigious Wigmore Hall, with a program dedicated to the music of Cassandra Miller, Linda Catlin Smith, Tanya Tagaq, and Gerald Barry (November 19).

// VOICES WITH STORIES, VOICES WITH QUESTIONS
The voice will be front and centre in three original and daring productions this fall. In the chamber opera Backstage at Carnegie Hall, Tim Brady will plunge audiences into the mind of jazz guitar pioneer Charlie Christian, as a panic attack takes hold of him backstage at his 1933 concert at Carnegie Hall (September 23 and 24). The cast includes tenor Ruben Brutus and soprano Frédéricka Petit-Homme.

With Nacht, Innovations en concert will present Pierre-Luc Senécal’s creation, with Isak Goldschneider at the piano and Jean-François Laporte at the Babel Table, along with Morton Feldman‘s Palais de Mari, a piece for solo piano that invites introspection and sensitivity. The concert will be immersed in the visual worlds of artists Elysha Poirier and Tiffany Moore (October 15).

// INVENTED INSTRUMENTS AND UNTAMED LUTHERIE
Leaving classical instrumentation behind, two original offerings will give space to the endless imaginations of their creators.

Discover the unique sounds of the siren organ, an instrument invented by Jean-François Laporte of Totem Contemporain. Inside your ears will offer an unforgettable immersive experience featuring the rich and powerful vibrations of the works of Benjamin Thigpen, Jean-François Laporte, as well as composer, filmmaker, and video artist Phil Niblock who will celebrate his 89th birthday with the Canadian premiere of his latest creation (October 9).

In We Are for a While, Architek Percussion plunges us into a modern fable on the theme of recycling, where the performers will give a new lease on life to broken instruments, borrowed music, and salvaged machines. For the occasion, the quartet will invite British composer and project originator Vitalija Glovackyte to the stage (November 24).

// EXPLORING NEW LANDSCAPES
With a heart for raising the profile of artistic creation, Le Vivier is very happy to participate in the dissemination of new music and its creators, thanks to valuable collaborations.

In collaboration with the Canadian Music Center in Toronto, and as part of a cross-Canada tour by the duo Daniel Janke (Yukon-based composer and pianist) and Mark Fewer (Montreal-based violinist), Le Vivier will present Celestial Blue (October 8). The two artists have worked together on numerous concert and film projects over the years. Celestial Blue is the culmination of their desire to explore this musical connection through a series of duets that represent their unique collaborative voice, revisiting Canadian folklore.

Le Vivier will join with the Akousma Festival to present the three finalists of the first edition of the Montreal International Immersive Multitrack Music Competition to the public and the jury chaired by Robert Normandeau (October 14). During the concert, winners will spatialize their works over the Schulich School of Music's MMR loudspeaker orchestra.

During a week of refreshing music and sound art across Quebec, Québec Musiques Parallèles (QMP) will stop by Le Vivier for an evening of dazzling music with the Quatuor Bozzini and the Moor-Kyriakides duo (October 16).

“Le Vivier is launching its 14th season with a bang and invites you to reconnect with the unlikely adventure of coming together to celebrate creative music and explore this magnificent landscape of brilliant, vibrant programming by Jeffrey Stonehouse,” Le Vivier Executive Director Christine Curnillon explains enthusiastically. “We have all been transformed by the past two years that we’ve been through together. We’ll take the time to welcome you back in a spirit of solidarity. We are more committed than ever to meeting up with you. It takes two to meet up: artists on stage and an audience in the hall! We’re ready, will you be there?”