A message from the artistic direction 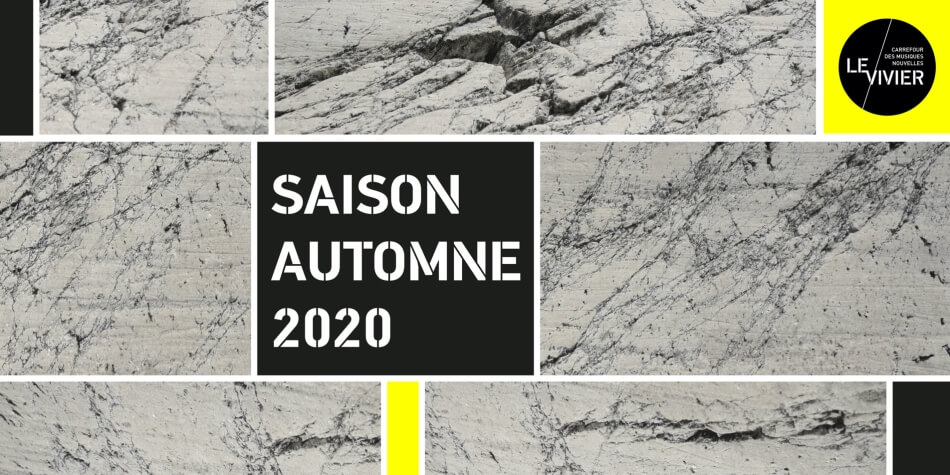 End of the lockdown, solidarity and vibrations !

If we look at what the world has gone through in the last few months, we can appreciate a kind of rediscovered liberty that fosters artistic inspiration and forges a new meaning of what it means to be resilient. Even in this context of uncertainty, Le Vivier strives to fuel the bond that vibrates between musicians and the public so that art can continue to enrich our minds, hearts and imagination.

Artists still stand today, filled with a desire to share their passion for music, creation and extraordinary discoveries. We wish to stand by these artists and accompany them during these challenging but innovating times by offering an autumn season in theatres and through digital rebroadcasts.

While the soundscapes of our cities have recently been transformed with urban noises being dimmed and the possibility of hearing unusual sounds revealed, we seek to maintain the link between environmental issues and creative music. The Sounds of Water project will bring together 21 artists during the Montreal H20 Day and will provide the platform for meetings around the city.

This fall season will mark an important milestone for three emblematic new music organizations in Montreal: Ensemble Paramirabo will celebrate its 10th anniversary, Quatuor Bozzini will celebrate its 20th anniversary and Productions SuperMusique will celebrate its 40th anniversary. These organisations have been undisputable champions of yesterday’s and tomorrow’s musical creation and their ongoing commitment and contribution at the provincial, national and international stage cannot go without acknowledgment. It is important that we continue to support them in their outreach efforts.

Let us end the lockdown and indulge in new musical experiences in a kind of peaceful meditation as provided by the inspiration of today's composers – an invitation from the Ensemble Paramirabo and the Duo AIRS.

Let us explore some of the musical history of well-known improvisers with a retrospective produced by Productions SuperMusique or take the meandering road to St Jacques de Compostela accompanied by the voices of the Voces Boreales ensemble.

Let us enter into a dialogue between the music and poetry of Nicole Brossard, or between the world of contemporary painting and works composed for the Quator Bozzini.

Let us question ourselves about the worlds of multimedia, or about life as we face robotization and computerization, with the Quasar - Quatuor de Saxophones.

And of course, at long last, let us seek again the pleasure of discovery and a taste for the unexpected as the vibrations of new music bring us together.