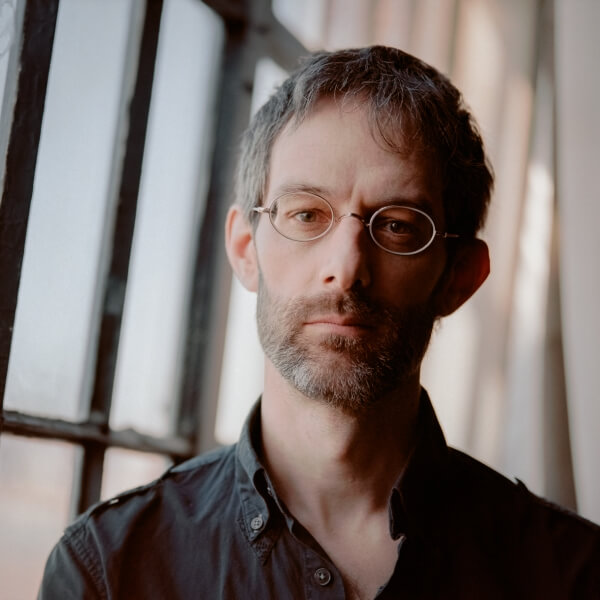 Born in Rouyn-Noranda (Québec), Simon Martin (1981-) is a composer and producer of contemporary concert music. As the founding director of Projections libérantes (2011), he has completed four productions to this day. Musique d’art pour trompette, cor, trombone, euphonium et électronique, an international coproduction between Projections libérantes and l’Ensemble Musikfabrik, will be premiered in 2021.

Following in the footsteps of American composers Harry Partch, La Monte Young and James Tenney, Martin’s music increasingly focuses on just intonation. The narrative of his work/concert is chiselled directly from the subject matter, leading to a quest for the perfection of harmony which simultaneously becomes a wellspring of beauty and drama.

In 2016, Martin was presented with $10,000 by Le Conseil des arts et des lettres du Québec as the winner of the 2014-2015 Opus Prize — Composer of the year. His articles have been published by many magazines and newspapers (notably, Le Devoir, Spirale, Argument). He is currently a Postdoctoral Fellow at Concordia University, supported by a $90,000 grant from the Fonds de recherche Québécois sur la société et la culture.