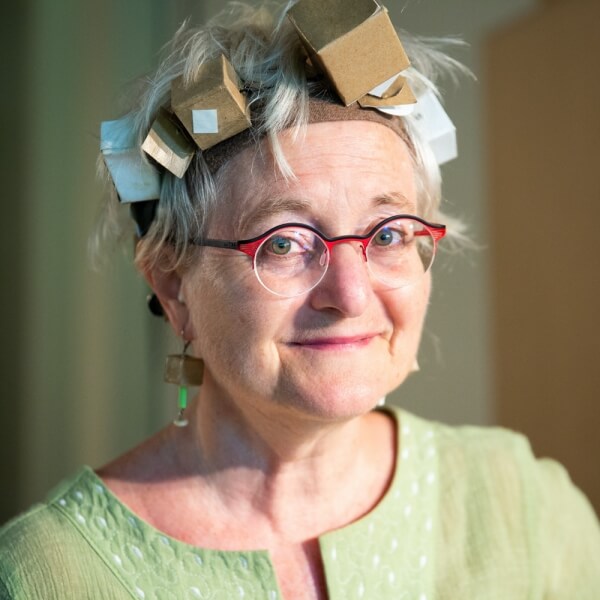 Marie-Hélène da Silva is one of the cofounders of le moulin à musique and has been its artistic director since 1980. She graduated in music and pedagogical studies from Université du Québec university. Born in a family where theatre is a core element of education, she developed an innovative artistic approach by dramatizing musical productions for young audiences, an innovative language that opens children’s minds to musical discoveries. Her contribution is recognized by peers, critics and audiences alike. From the outset, her work has always been geared towards young audiences. With le moulin à musique, she toured extensively throughout Québec, Canada, France and Belgium. As a violinist, an actress and an education specialist, she was involved in creating and performing many of le moulin à musique productions, including Violin on a string that was awarded in 1997 an Opus award from the Conseil québécois de la musique (Quebec council for music) for the best young-audience production. Her creative endeavors, La Maîtresse rouge and Dawn were also nominated in the same category in 2002. In 2004, she wrote her first play and made her directorial debut with Bonnes Nouvelles, which was nominated as a finalist for the Opus award. In 2006, she co-created Garde-robe (The Closet) with Francis Colpron, artistic director of Les Boréades ensemble. She acts as the artistic director for Pierres blanches (2010), a music, dance and theatre production, and Gros Paul, a contemporary musical tale, produced in cooperation with the Ensemble contemporain de Montréal (ECM+) ensemble. Lastly, she is currently performing a solo in Fiddlehead!, which premiered in 2012 and was coproduced with Jeunesses musicales Canada. She is also the co-director of the latest creation Nocturne – En plein sous l’astre de midi (2017) and Tableaux Musique (2019). She is currently working on her new creation, Dans la cuisine de l’Oreille (working title), available in 2021.