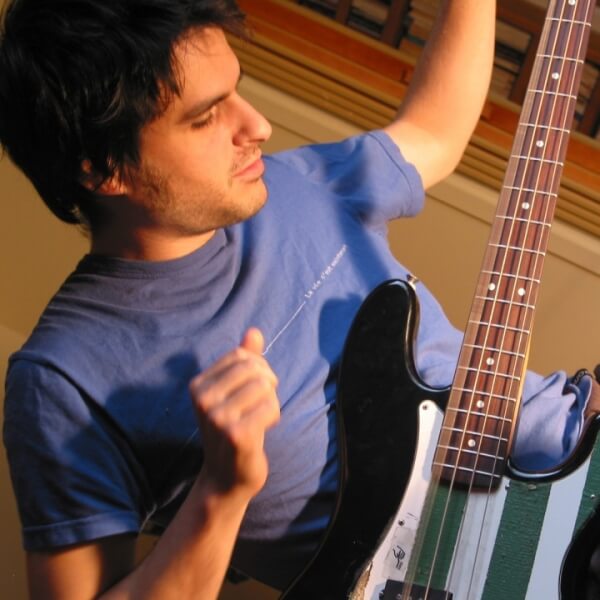 Éric Normand is an improviser, bassist, instrument designer, composer, songwriter, singer and record and concert producer. He defines himself as an epidisciplinary musician, a free electron driven by its yearning for meetings.

As an improviser, he develop a personal and radical playing on a homemade electric bass equipped with mics and objects feedbacking and vibrating in small electronic devices, creating electric flux interrupted by the instrumental gesture.

He also compose for ensemble and multi-disciplinary projects.

Interested in collective creation and orchestral improvisation, he lead for seven years the Grand groupe régional d’improvisation libérée (GGRIL), a 15-piece band that have worked with composers such as Evan Parker, Jean Derome, Robert Marcel Lepage, and Michael Fischer.

His music has been programmed by or performed in several festivals in Canada, Australia and Europe. It has also been broadcasted by Radio-Canada, Australian Broadcasting Corporation, CBC, Radio Grenouille, and several college radio stations.

“… one of Canada’s most creative musical visions.” — Stuart Brommer, The Wholenote (Canada)