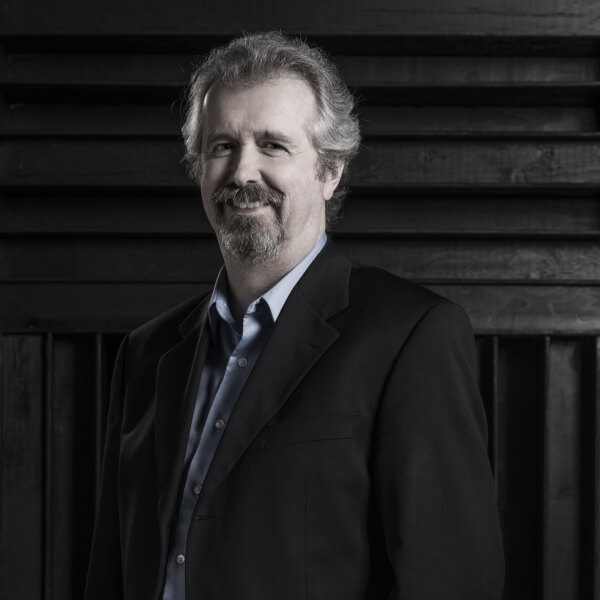 After studying percussion at the Université de Montréal and at McGill University, Robert Leroux began at age 20 a professional career that brought him to play with the National Arts Center Orchestra in Ottawa, the «Grands Ballets Canadiens» Orchestra, the CBC Orchestra in Montréal and the Montréal Symphony Orchestra.

Aside from his orchestral activites, he dedicated most of his time to contemporary music and played with the Société de Musique Contemporaine du Québec, both as soloist and as member of the ensemble from 1969 to 1992. Robert Leroux was also president of the SMCQ from 1988 till 1990 and took part in the american and european tours with this group. He was also invited as guest soloist by many contemporary music organizations in Canada such as New Music Concerts» in Toronto, «Music Inter Alia» in Winnipeg and «Days, Months and Years to Come» in Vancouver.

Robert Leroux took part in the recording of numerous albums, music for film and television, and commercials with composers and arrangers such as François Dompierre, François Cousineau, Yves Lapierre, Michel Legrand, Richard Grégoire and many others. Robert Leroux has been professor of percussion at the Faculty of Music of the Université de Montréal since 1973, vice-dean from 1985 to 1988 and dean of music from 1988 to 1997; he was actively involved in numerous committees and working groups at the head of the Université de Montréal. He was also dean of the Faculty of Continuing Education at the Université de Montréall, from 1997 till 2001, and president of Solutions Alto, a company that offers training solutions for executives from 2001 to 2003.

Besides acting as president of the SMCQ until 1990, he was also involved as member of different other boards of directors: Regional council of the Canadian Music Center in Montréal, FCAR in Quebec and «Nouvel Ensemble Moderne».

Currently, Robert Leroux is professor and head of the percusssion department at the Université de Montréal.