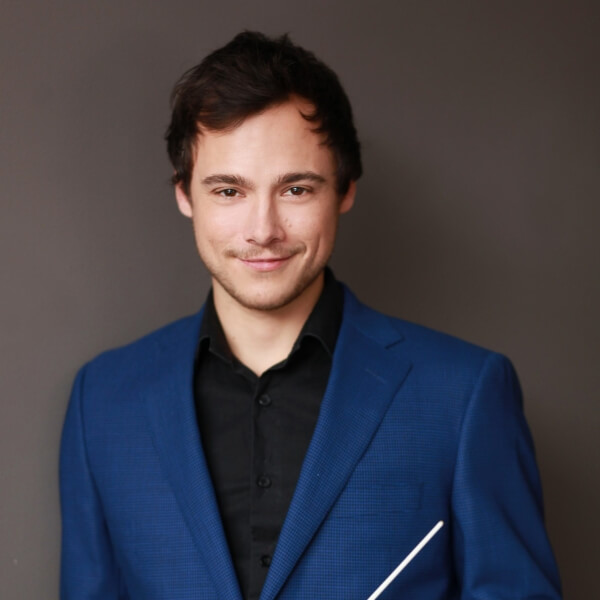 Nicolas Ellis is the Artistic Director and Founder of the Orchestre de l’Agora and currently serves as Artistic Partner to the Orchestre Métropolitain and Yannick Nézet-Séguin.

Mr. Ellis has been invited as guest conductor with Les Violons du Roy, the National Arts Centre Orchestra, the Kitchener-Waterloo Symphony, the Orchestre symphonique de Longueuil, the Orchestre symphonique de Québec, the Orchestre Métropolitain, Symphony Nova Scotia, the McGill Chamber orchestra, the Ottawa Symphony and the Royal Conservatory of Music in Toronto and has had the opportunity to perform with artists such as cellist Jean-Guihen Queyras, countertenor Anthony Roth Constanzo and pianist Charles Richard-Hamelin.

He completed his Master’s Degree at the McGill University in conducting with Alexis Hauser and was a conducting fellow at the Aspen Music Festival where he studied with Robert Spano. During the summer of 2019, he was part of the Verbier Festival Academy where he acted as assistant conductor to Music Director Valery Gergiev on a production of Die Frau ohne Schatten.

In 2013, he founded the Orchestre de l’Agora, an orchestra whose mission is to position the classical musician as an agent of social change within the community. The ensemble has built collaborations with the music program of the Share the Warmth Foundation and Les Porteurs de musique, giving workshops to kids coming from underprivileged neighbourhoods and to people who don’t have access to music such as psychiatric centres, prisons and shelters for women. Their recent production of Britten’s The Turn of the Screw in collaboration with the Atelier lyrique de l’Opéra de Montréal was recorded by ICI Musique and CBC Music and has been broadcasted nationally. During the 2019-2020 season, the orchestra underwent its first tour across Québec, presenting 16 concerts as a string ensemble. On April 22nd 2020, the Orchestre de l’Agora donated 138 000$ to Earth Day Canada, the Sierra Club Canada and Nature Conservancy of Canada through the Gala de la Terre, an important fundraising event to protect the St-Laurent River’s estuary. In February 2020, the Orchestre de l’Agora was also the resident orchestra of the Atelier lyrique de l’Opéra de Montréal during a two week intensive clinic on Bel canto repertoire.

Nicolas Ellis is the recipient of the 2017 Bourse de carrière Fernand-Lindsay and the Heinz Unger Award 2015 delivered by the Ontario Arts Council and was recently named Revelation of the year 2018-2019 by Radio-Canada.