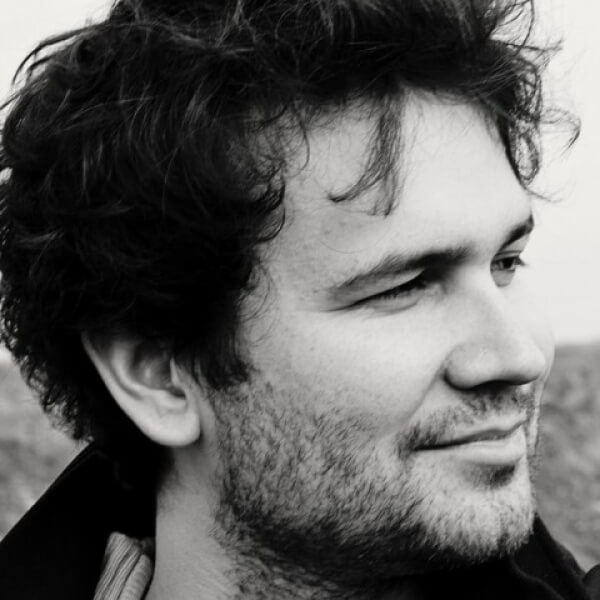 As a director, his work has been recognized with a special mention at both the Festival du Nouveau Cinéma (Canada, 2019) and the Aguilar Short Film Festival (Spain, 2019). He is also the recipient of the Euterke Video Prize (2017), awarded by the SAT, Elektra and Igloofest.

As a composer, he received commissions from the Continuum Ensemble, the Ensemble SuperMusique, the Ensemble d’Oscillateurs, and the Productions Totem Contemporain. His works were highlighted and awarded the Italian Senate medal by the biennial composition competition Città di Udine (IT, 2012, ’16). His work was also recognized by the Destellos Foundation (2nd prize, 2012), and the Jeu de Temps / Times Play (JTTP, 1st prize, 2011).

His works are distributed by Vidéographe (CA), Taukay Musicali (IT), Hardcore Jewellery (UK), Kohlenstoff Records (CA), Ambiances Magnétiques (CA) and Mikroclimat (CA). They have also been broadcast by a variety of international media, including Radio ORF (AU) and Radio-Canada.

He has also been involved as a collaborator in many projects, including Mutations, Political Ritual, Siamois Synthesis, Le Pélican Noir and Paysages Primitifs. He also released electronic music under many pseudonyms, including M.edium, DRESDEN and Le Poisson d’Argent.

He is a co-founder, a part of the artistic committee, and was co-director of one of the first Canadian experimental music digital record company, Kohlenstoff Records. He is also involved as co-artistic director with the Montréal digital label Mikroclimat. He is a member of Vidéographe, Main Film, CIRMMT, the Canadian Electroacoustic Community, and a member of the National Council of the Canadian League of Composers.