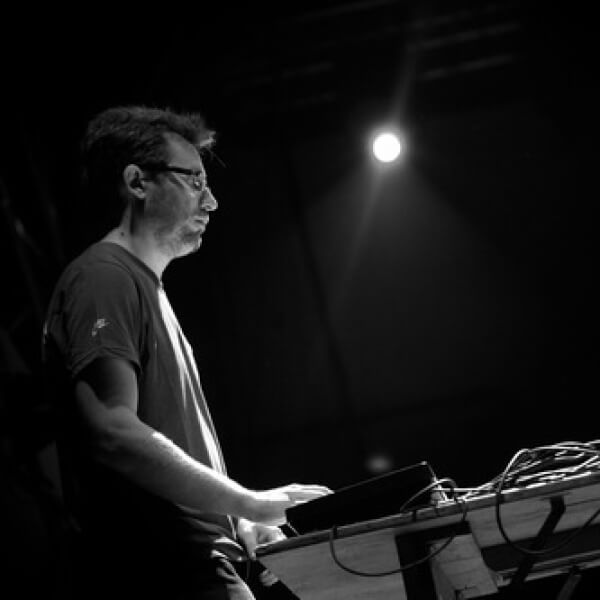 As a pianist, He founded with his brother percussionist the Links Duo, and with several artists the Links Ensemble. They are actors of the new european scene for new music, in premiering music from F.Bedrossian, J.Tejera, Ph.Hurel or S.Ricks. As a soloist, He is invited in many festival as Nancyphonies, Amsterdam Opera or Salzburger Schlosskonzerte, and premiered the concerto for piano and ensemble “Confluence” of Octavi Rumbau.

He was chosen by video artist Hicham Berrada to perform with him during his twelve-hour long performances « Présage ». They did togeither White Nights of Paris and Melbourne, and shorter performances in galleries such as Villa Medici (Rome), MacVal (Vitry-sur-Seine) or « Les Abattoirs » (Toulouse).

Laurent Durupt was resident at the Villa Medici (Academie de France a Rome) in 2013-2014 and will be composer in residency at Théatre de la Comédie (Reims, France) from septembre 2016.