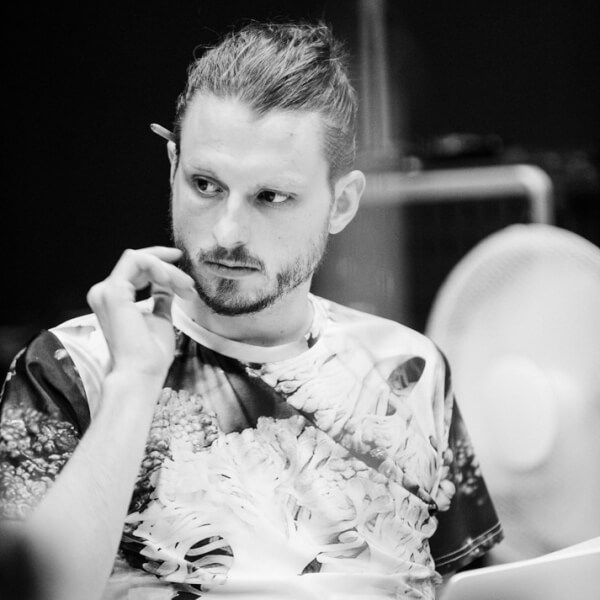 James O’Callaghan (b. 1988) is a composer and sound artist based in Montréal praised for his “mastery of materials and musical form.” (Electromania, Radio France) His music has been described as “very personal… with its own colour anchored in the unpredictable.” (Goethe-Institut) His work intersects acoustic and electroacoustic media, employing field recordings, amplified found objects, computer-assisted transcription of environmental sounds, and unique performance conditions.
His artistic output, spanning chamber, orchestral, live electronic and acousmatic idioms, audio installations, and site-specific performances, has been variously commissioned by the Groupe de Recherches Musicales (INA-GRM), the National Youth Orchestra of Canada, Ensemble Paramirabo, Quasar quatuor de saxophones, and Standing Wave, among others. His album Espaces tautologiques, released by empreintes DIGITALes, won a Prix Opus, and was listed by 5:4 as one of the “best albums of 2016”.

His music has been the recipient of over 30 national and international prizes and nominations, including the ISCM Young Composer Award (2017), the Salvatore Martirano Award (2016), the Robert Fleming Prize (2015), the Jan V. Matejcek Award in New Classical Music (2018), the Jeu de Temps-Times Play Awards (2014), the SOCAN Foundation John Weinzweig Grand Prize (2014), and the audience and jury prize from the ECM+ Génération 2018 tour. Significant nominations include those for the Gaudeamus Award (2016), prix Métamorphoses (2018), and a JUNO Award for classical composition of the year (2014).

Active as an arts organiser, he co-founded the Montréal Contemporary Music Lab, and served on the artistic committee of Codes d'accès. He also presents at conferences and publishes regularly on compositional topics including instrumental transcription of environmental sound, cross-media transcription, soundscape music, and electroacoustic diffusion through instruments (Organised Sound, Twentieth-Century Music, eContact!, Electroacoustic Music Studies). He is an associate composer of the Canadian Music Centre.