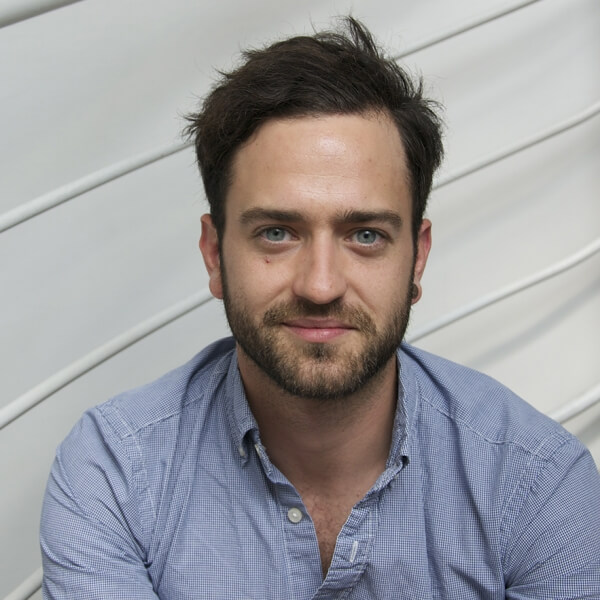 Frédéric Le Bel began his studies in jazz performance in 2004 but since 2007 he devoted himself entirely to composition. In 2011, he graduated from the University of Montreal (Canada) where he studied with Philippe Leroux. In 2013, he received his first prize (M.Mus) with high distinction from the Conservatory of Music in Montreal where he studied with Serge Provost. After obtaining an artist diploma from the same institution in 2014, he attended both Ircam Cursus Program and is now pursuing a PhD degree in the same institution under the direction of Mikhail Malt (Ircam) and Alain Bonardi (Paris 8) working on the development and the integration of machine-learning techniques into its creative process.

Frederic has also participated in several international academies such as the Impuls Academy in Graz (Austria), the ManiFeste Academy in Paris (France), the Young Composer Meeting in Apeldoorn (Netherlands) and the Nouvel Ensemble Moderne International Forum for Young Composer (Canada). His music has been awarded several times by the SOCAN Foundation in Canada and has been performed in different festivals such as the Montreal New Music Festival (Canada), the Cheltenham Music Festival (UK), the Time of Music Festival (Finland), the Gaudeamus Muziekweek (Netherlands), the Mise-en Musique festival (USA) and at Expo Milano (Italy).

His repertoire consists of instrumental music, mixed music and acousmatic music. From soloist to symphonic orchestra, he has worked with exceptional people and ensembles such as, Brice Martin, Cameron Crozman, Ricardo Descalzo, the Quasar saxophone quartet, the TANA String Quartet, the Dr. K Sextet, the Curious Chamber Players, the Divertimento Ensemble, the Barcelona Modern Project, the Nouvel Ensemble Moderne, the Klangforum Wien, the Orkest de Ereprijs and the CMM Youth Orchestra. For him, composing is a strange mix of research, discovery and confused sensations. The expression by the sound phenomenon through an architecture bearing knowledge and meaning remains its greatest artistic preoccupation.