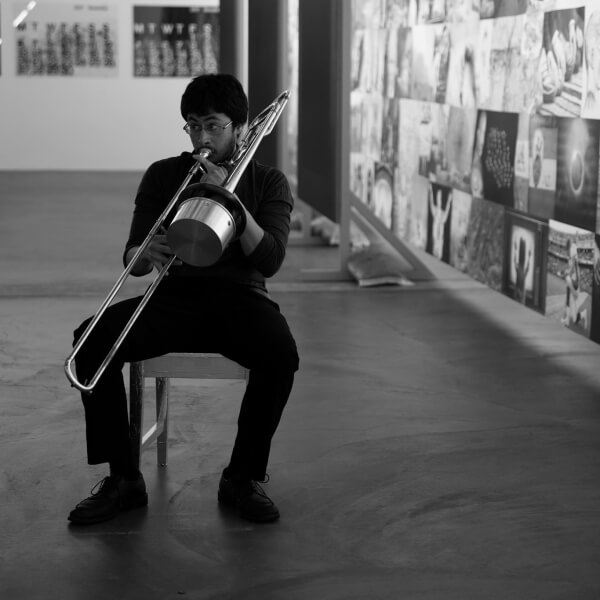 Felix Del Tredici is a bass trombonist from Montreal, Quebec. The New York Times has described his playing as “extraordinarily versatile”, “hair-raisingly virtuosic” and “disturbing yet fascinating”.

He is an artist-researcher with MATRALAB – a research space of inter-x art directed by Sandeep Bhagwati. In his role there, he has assisted in the creation of new works for trombone in the contexts of theatre, improvisation, dance, artificial intelligence, and tech garments.