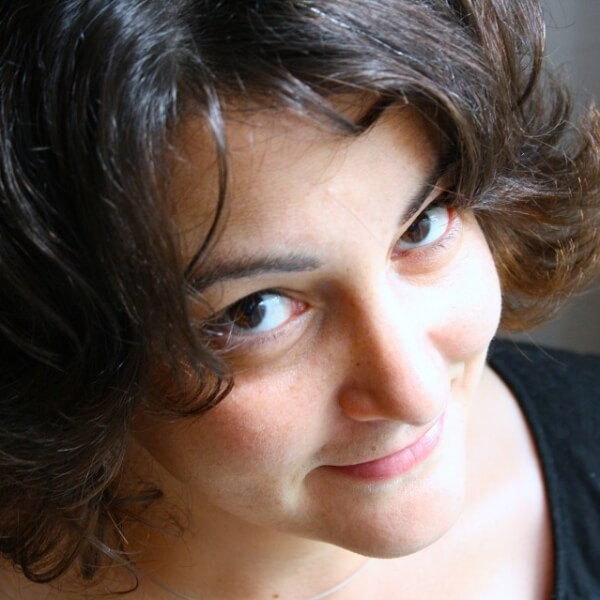 Dr Cassandra Miller (1976) is a Canadian composer living in London, UK, and is Associate Head of Composition at the Guildhall School of Music and Drama. Her notated compositions (About Bach, Duet for Cello and Orchestra, Philip the Wanderer, etc.) explore transcription as a creative process, through which the expressive vocal qualities of pre-existing music are both magnified and transfigured. Her non-notated compositions (So Close, Tracery) take the form of extended collaborations with solo musicians. Using an approach that combines automatic singing and mimicry, Miller creates vulnerable and hospitable spaces for deep listening.

Honours include the Jules-Léger Prize for New Chamber Music, Canada’s highest recognition for composition, which she received twice—for Bel Canto in 2011 and About Bach in 2016. Two recent releases by the Another Timbre label have received wide acclaim, including a four-star review in the Guardian and inclusion on New Yorker’s Ten Notable Recordings of 2018. In 2019, About Bach received a nomination for the Classical Composition of the Year Juno Award.

Her works are often written with specific performers in mind, involving their intimate participation in the creative process. Her closest collaborators in this fashion have included soprano Juliet Fraser, the Quatuor Bozzini, conductor Ilan Volkov, cellist Charles Curtis, pianist Philip Thomas, violinist Silvia Tarozzi and violinist Mira Benjamin. Pieces written expressly for them have been toured and performed across the UK, The Netherlands, Belgium, Germany, Austria, Italy, Norway, Uruguay, the United States of America and Canada

Over the last 15 years she has received over 25 professional commissions from soloists, ensembles and orchestras both in Canada and across Europe. Notable performers include the BBC Scottish Symphony Orchestra, the Oslo Philharmonic, EXAUDI Vocal Ensemble, the London Sinfonietta, I Musici de Montréal, Ensemble Plus-Minus, the late great Ensemble Kore, Continuum Contemporary Music, the Toronto Symphony Orchestra and the Winnipeg Symphony Orchestra.

After two decades working in the field, Miller returned to academic research in 2014. Her doctoral research at the University of Huddersfield (supervisor Dr Bryn Harrison, 2018) explored transcription and other transformation methods as compositional processes, and compositional engagements with varied notions of voice and vocality.

In 2012, she studied privately with Michael Finnissy, whose impact continues to have a deep effect on her work. She holds a Master of Music from the Royal Conservatory of the Hague (2008, Richard Ayres, Yannis Kyriakides), where she explored narratology and narrative as tools for musical analysis. She holds a Bachelor of Music from the University of Victoria (2005), where she studied with Christopher Butterfield, whose radical pedagogical inclusivity and Dada-inspired artistic insight remain crucial foundations for her work to date.

From 2010 to 2013, she held the post of Artistic and General Director of Innovations en concert, a not-for-profit presenter of experimental chamber music concerts and festivals in Montréal. Under her directorship, the organization championed unusual programming, commissioned major new works, and became known for its support of young freelancers, building international connections for many Quebec artists.

Teaching takes a central role in her artistic life. She has held a faculty position at Guildhall since September 2018, when she was made Associate Head of Composition (Undergraduate). Her teaching philosophy prioritizes inclusivity and diversity, and questions notions of canonization. Previously, she taught composition modules at the University of Huddersfield (2014-16) and the University of Victoria (2008-09).

Miller has been invited to give lectures about her work in the USA at Stanford and Columbia Universities; in the UK at the Royal Academy of Music, Bath Spa University Centre for Musical Research, Birmingham Conservatoire, Guildhall School of Music and Drama, Centre for Research in New Music in Huddersfield, and Brunel University; in Canada at McGill University, the Cluster New Music and Integrated Arts Festival, and the Open Space Gallery of Victoria. She has additionally taught masterclasses and workshops at the Orkest de Ereprijs Young Composers Meeting (NL), Brunel University, the University of Manitoba, and the Montréal Contemporary Music Lab.

A number of writings about her work have been published in recent years, notably, Along the grain: the music of Cassandra Miller (James Weeks, 2014, TEMPO, Vol 68, Issue 269), and Cassandra Miller’s unclassifiable concert music (Richard Simas, 2012, Musicworks Magazine, Toronto, Issue 113). In Tim Rutherford-Johnson’s book Music After The Fall: Modern Composition and Culture Since 1989 (2017, University of California Press), Chapter 4 includes an in-depth discussion of her piece Guide, through the lens of the tension between oral traditions and media technology. Her music also appears on the podcast “Tentative Affinities (2014, Canada: the music of Generation X)” by the late musicologist Bob Gilmore. 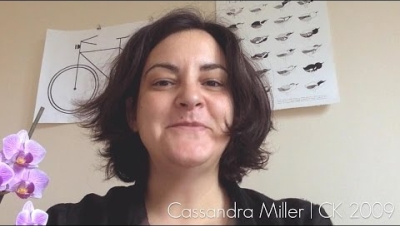