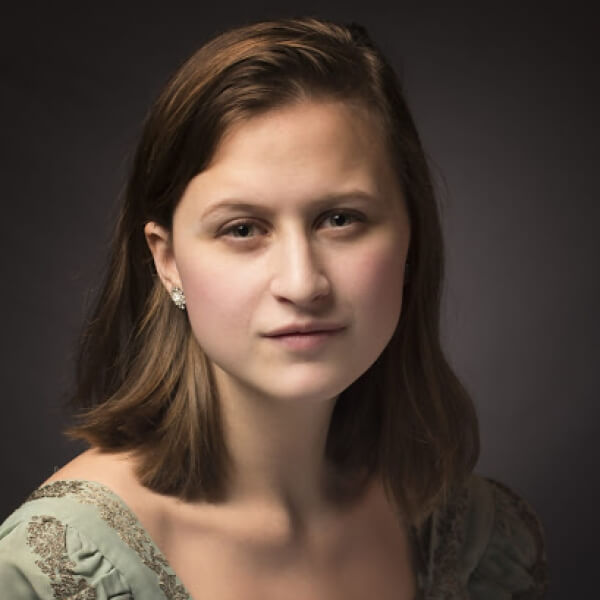 Bronwyn Thies-Thompson is a young Canadian soprano with an affinity for early music. She is sought after for her solid and inspired performances as a soloist and amongst small vocal ensembles, regularly performing and recording with Daniel Taylor’s Theatre of Early Music and Trinity Choir (including their JUNO nominated discs, Four Thousand Winter & The Tree of Life).

Her “clean and clear voice” (National Capital Opera Society) and “natural and assured musicianship,” (Ottawa Citizen) informed by her musical upbringing as a cathedral chorister and instrumentalist in Ottawa, Canada, have been appreciated during collaborations with the Tallis Scholars and Dame Emma Kirkby. Recent solo highlights have included performances of Bach’s Mass in B Minor at St. John’s Smith Square with the London Handel Orchestra, a solo recital of early German cantatas for the Studio de Musique Ancienne de Montréal’s intimate concert series with the Ottawa Baroque Consort, and a lead role in Andrew Ager’s opera “Frankenstein”.

Having recently completed her undergraduate studies at Carleton University under the tutelage of countertenor Daniel Taylor, she has furthered her studies at the Victoria Conservatory of Music, the International Bachakademie Stuttgart, and Carnegie Hall’s Weill Music Institute, and has received private instruction from a number of early music specialists including sopranos Emma Kirkby, Nancy Argenta, and Suzie Leblanc.

Bronwyn has been fortunate to work with Canadian composer Andrew Ager, premiering song cycles, concert works, and appearing in his operas. She is also involved in musical projects exploring the traditional music of Ireland, England, Appalachia, and Quebec.