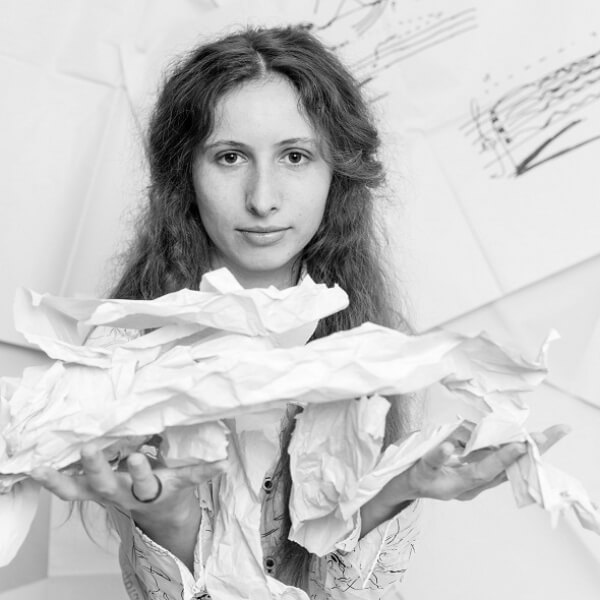 Anna Korsun (1986, Ukraine) is a composer, sound artist and performer based in Germany.

She studied composition in Kiev and Munich with Moritz Eggert. In her creative work, Anna combines musical composition, installations, performance and sound art. She works with different formations from solo to orchestra, and with acoustic instruments, voice, electronics and sound objects. She collaborates in visual arts, dance, theatre and literature. Anna involves both professional and amateur musicians, as well as non-musicians in her works. Besides her activity as an artist, Anna performs contemporary music as a vocalist/keyboard instrumentalist, directs musical projects, teaches composition at the Amsterdam Conservatory, as well as giving courses internationally.