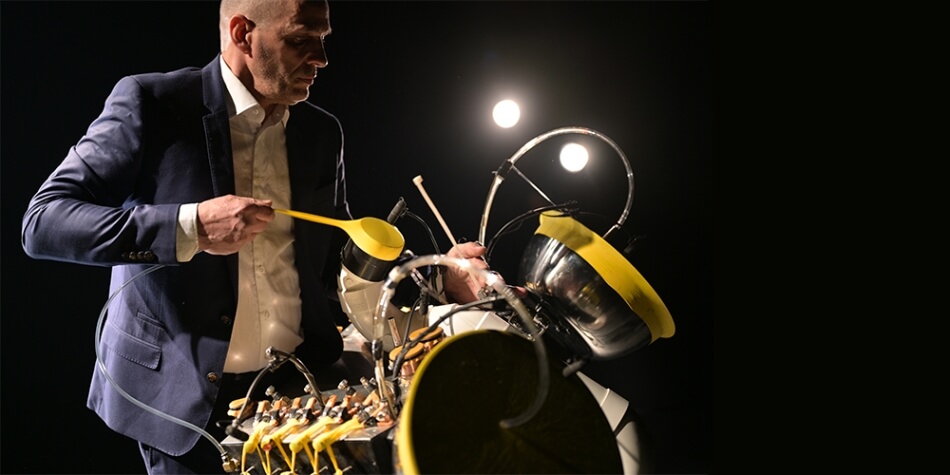 This concert is part of the Totem Électrique series created in 2009.

In this series, more than 80 musical works were composed specifically for one of Totem's invented instruments, combined with an electric/electronic component (soundtrack, real-time digital processing, electronics, amplification, etc.).

For this 14th edition, Totem has commissioned three works from composers Pierre-Luc Lecours, Diego Bermudez Chamberland and Geneviève Ackerman. Also on the program, Corps de brumes (2015) by Line Katcho, inspired by the timbre of the instrument and its incessant breath, mixing stationary, hypnotic and misty states but also progressive, luminous and clear.

These original and unique compositions for Siren Organ and Babel Table are played by seasoned performers including Émilie Girard-Charest and Jean-François Laporte as well as Diego Bermudez Chamberland and Geneviève Ackerman.

We look forward to sharing this new music with you.